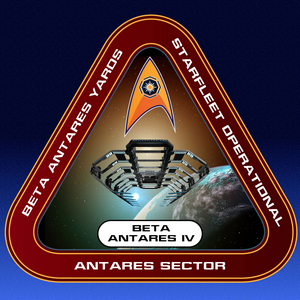 Antares Fleet Yards is one of the major starship production facilities of the United Federation of Planets. It is located in orbit of the planet Antares IV, situated in the Bajor Sector. The Defiant class of escorts ships was developed and built here. The primary production facility of the fleetyard is the Beta Antares Ship Yard, that orbits the planet's second moon nearby. The Prometheus class of warships was designed here and are still in production. The yards are also home to one of the Advanced Crewman Training facilities that specializes in tactical and engineering courses.